What is it about pre-war bassoons? 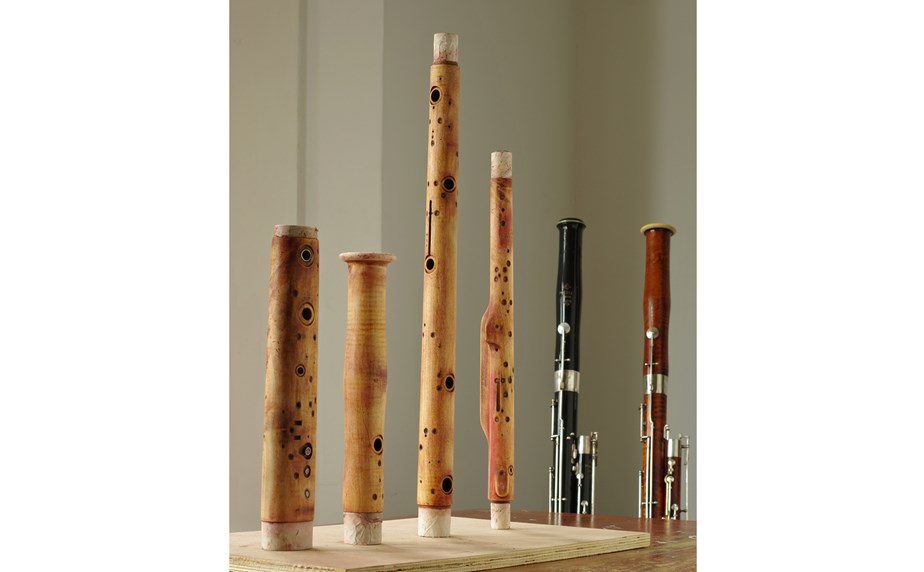 This is the first in a series of articles about pre-war bassoons – why they are so loved, what the potential problems are and how those problems can be solved.

What is a ‘pre-war’ bassoon?

Pre-war bassoons are characterised straightforwardly enough as those made before 1939. However, this is a rather arbitrary dividing line as many makers made bassoons using the same methods until the late 1940s or early 1950s, so this article applies just as readily to these rather later bassoons as much as the truly 'pre-war' ones.

A combination of factors changed the methods used to make bassoons after the war – the re-location of some makers to West Germany at the end of the war was one; shortage of good quality raw materials in the post-war period, particularly in Eastern Europe, was another; and nationalisation and the related forced merging of instrument manufacturers in Eastern Europe was a further one.

When was the first modern bassoon made?

Although the bassoon has been around for hundreds of years, the modern German-system bassoon was invented by Heckel around 1870, with their 3000 series instruments. However it was not until the advent of the 4000 series in around 1900 that their bassoons started to have the tone and playing characteristics with which we are familiar today.

The 4000 series bassoons still lacked some keywork found on modern instruments, but by adding the “missing” keywork it is possible, with appropriate restoration, to have a bassoon from around that time, made by Heckel or other makers which compares well with modern bassoons and, in many cases, exceeds them in certain respects.

Undoubtedly, the better examples are perfectly capable of holding their own in a professional orchestral setting.

What is special about pre-war bassoons?

From the early 20th century onwards a variety of other makers, mainly clustered around the modern German/Czech border, entered the market producing high quality instruments using Heckel’s approach, including brands which are still around today such as Püchner and Mollenhauer, and others such as Riedl and Kohlert which are not.

And these pre-war bassoons were often made of the very best mountain maple (that is, the densest, slowest-growing from the mountains of South East Europe) which is all-but-impossible to obtain today, enabling many of them to produce the characteristic bassoon tone in spades for which many bassoonists spend a lifetime searching.

These woods can also have beautiful natural tiger striping characteristic of bassoons – something modern instruments can only copy, not always successfully.

Of course, not all pre-war bassoons are worthwhile instruments (just as not all post-war instruments are necessarily worthwhile either); thankfully, however, it tends to be the better examples which have been preserved.

With restoration and overhaul some of these instruments at least can be returned to their former glory – but inevitably some are beyond saving. Therefore, it is important that pre-war bassoons  are assessed by an expert. An expert will be able to identify any problems and assess whether these problems can be corrected by maintenance and/or restoration or whether they are more serious, making the instruments potentially uneconomic to save.

A pre-war bassoon which was originally well-made with care, out of good quality mountain maple, and which has not been damaged beyond repair either through neglect or ill-advised repairs, can be a very good instrument.

Good Intonation, tuning, free-blowingness and all the other characteristics looked for in a top quality bassoon can be found in these instruments once properly restored and set up; and they are suitable for even the most demanding use.

Moreover, many examples have that holy grail of bassoon playing – a rich, resonant tone which is difficult to define but unmissable when heard - which is not always present even with post-war Heckels, let alone other brands.  Whether this is owing to the better quality wood they are made from, or just that the wood has improved with age and playing, or a combination of these factors, is difficult at this distance to say.

Listen to this world-class pre-war Heckel 6000 series bassoon to hear what we mean:

Are there any drawbacks to pre-war bassoons?

If you play a poor example, neglected and badly repaired for much of its life, then you will find plenty of drawbacks to pre-war bassoons – stuffy sound, difficulty with high notes, poor intonation, weak sound, and so on. Some will also play at the wrong pitch altogether.

These are the sorts of instruments which, in some circles, give pre-war bassoons a bad name.

In later articles in this series we will be looking at specific issues with older bassoons – why they sound as they do before being overhauled, and what can be done about it to return many of them to outstanding performers.

At the top professional end of the market there has been a trend over the decades for more emphasis to be put on projection and volume, perhaps to cut through the volume created by some modern symphony orchestras.

In contrast, the emphasis in pre-war instruments tended to be towards lyrical sweetness of tone with perhaps less emphasis on projection at the margins. This does not mean to say that the latest bassoon cannot be sweet in tone when played quietly, or that the pre-war instrument cannot project as well as a modern one.

Each bassoon, even from the same maker in the same year, is different, so it is perfectly possible to find the bassoon you need from either era (the Heckel 8000 under restoration above, for example, is one of the best projecting instruments we have sold). When looking at either modern or pre-war instruments just bear this trend in mind, and be prepared to look a bit further if necessary to find the ideal instrument for you.

Sweetness of tone and projection are not necessarily mutually exclusive either, in any era. It is all a question of trying lots of instruments until you find the one with the right characteristics for you.

Many people we talk to worry about longevity, in the belief that a modern bassoon will last longer than an old one – much like a car. However, bassoons have relatively few moving parts compared with a car (although lots compared with many other musical instruments), and these parts are all readily repairable or, in extremis, replaceable.

As long as a bassoon has not cracked into pieces or rotted through completely it will always be repairable and, therefore, the life of a bassoon even averagely neglected is far longer than the modern bassoon has been in existence, and may well turn out to be hundreds of years.

A well-looked-after bassoon can get away with just being serviced for many decades before an overhaul is required. The biggest threat to a bassoon’s playability and longevity (apart from accidental catastrophic damage such as being run over by a bus) is water damage over a long period. Swabbing out the bassoon after each use will, therefore, go a long way to preserving the bassoon’s playability and ultimately its life.

Once overhauled  - as long as it is done properly – a pre-war bassoon will last just as long as a new instrument will last before it also needs a major overhaul.

In other words, bassoons do not have a natural life expectancy; a bassoon will last as long as the owner wants it to last, with a modicum of care and servicing. A new bassoon has no advantage in this respect over a cared-for old one.

So how can you pick a good pre-war bassoon rather than a dud?

With care and advice any bassoonist can have the benefit of playing an outstanding pre-war instrument which has been sympathetically restored and updated to meet modern demands, with the added benefits which a pre-war instrument brings.

Further articles in this series will act as something of a guide to the problems commonly found with older bassoons and discuss how they can be addressed and corrected by a professional bassoon restorer/repairer.

The best examples of pre-war bassoons are played in top orchestras around the world and, owing to their incomparable tone, few of their owners would dream of parting with them for a modern instrument.

And thousands of amateurs also love their pre-war instruments for the same reason.

As enthusiasts for older bassoons ourselves, we have developed a good understanding of the various makers’ pre-war instruments, their characteristics and suitability for different types of playing.

Owing to our enthusiasm, we specialise in restoring and upgrading pre-war bassoons, so that they can be played and enjoyed in any modern setting.